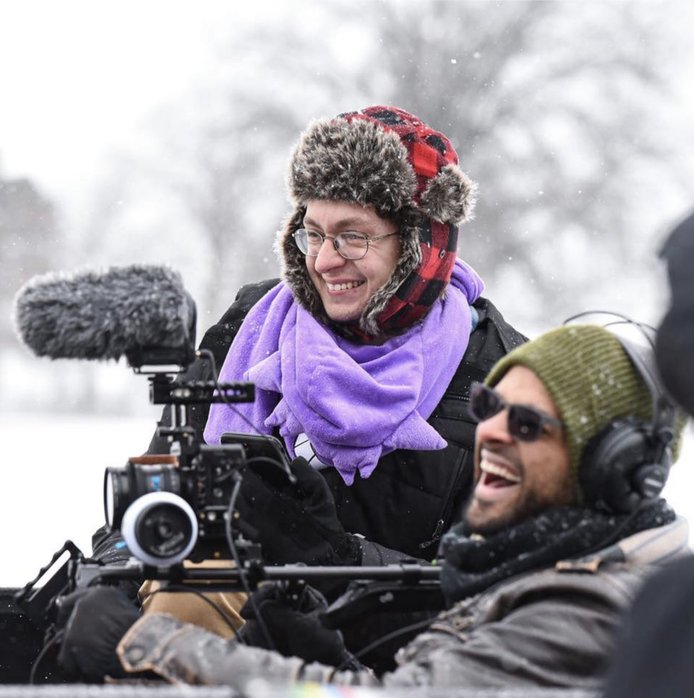 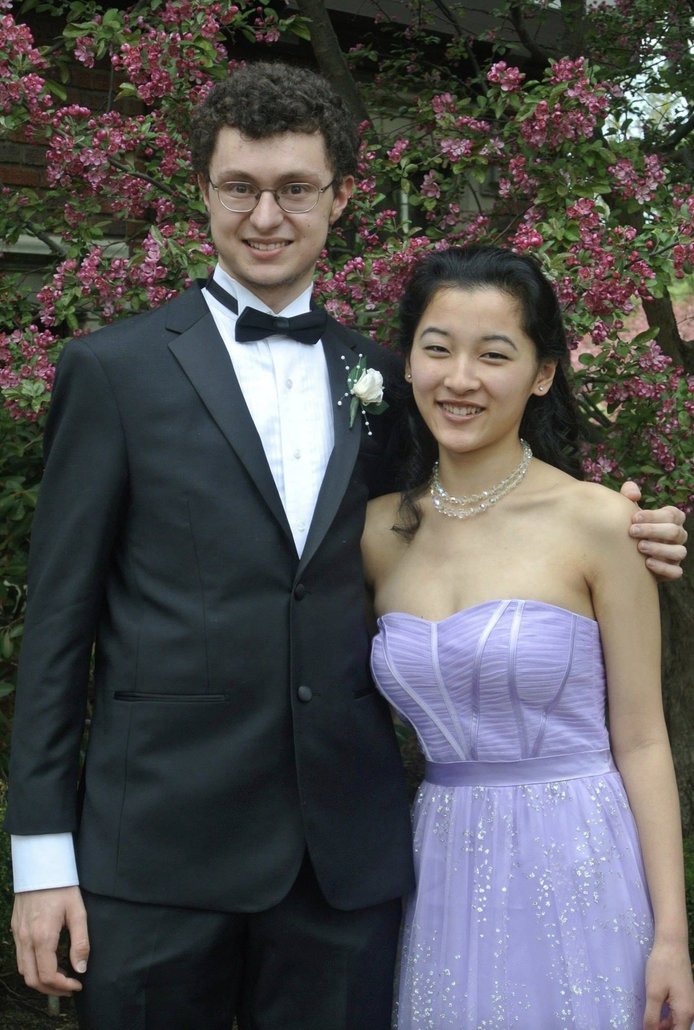 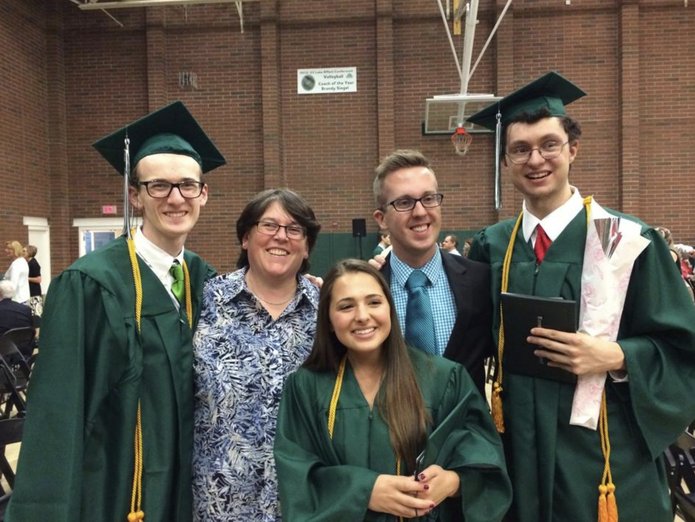 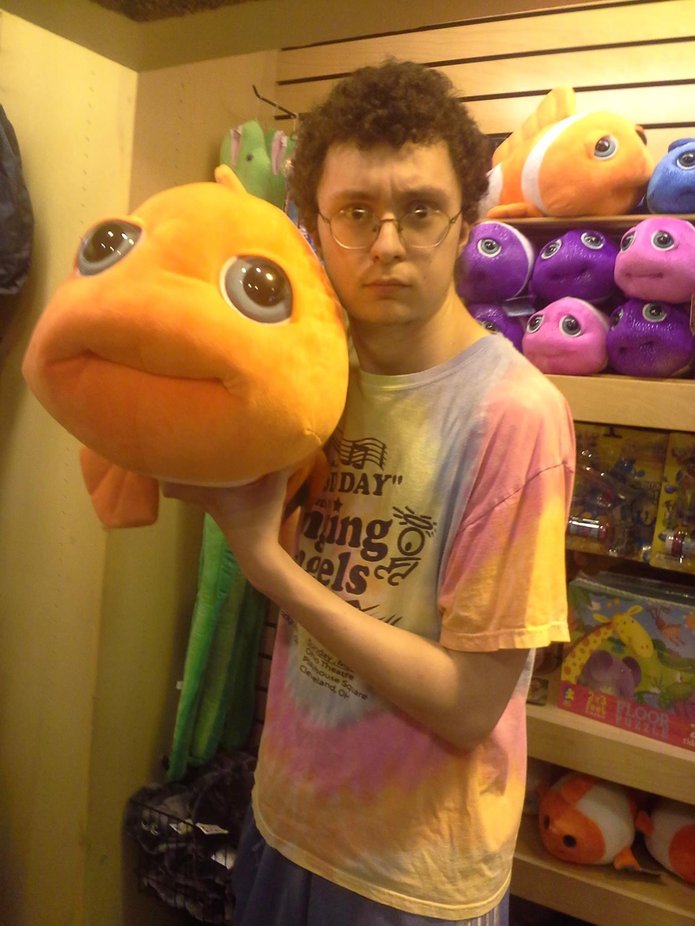 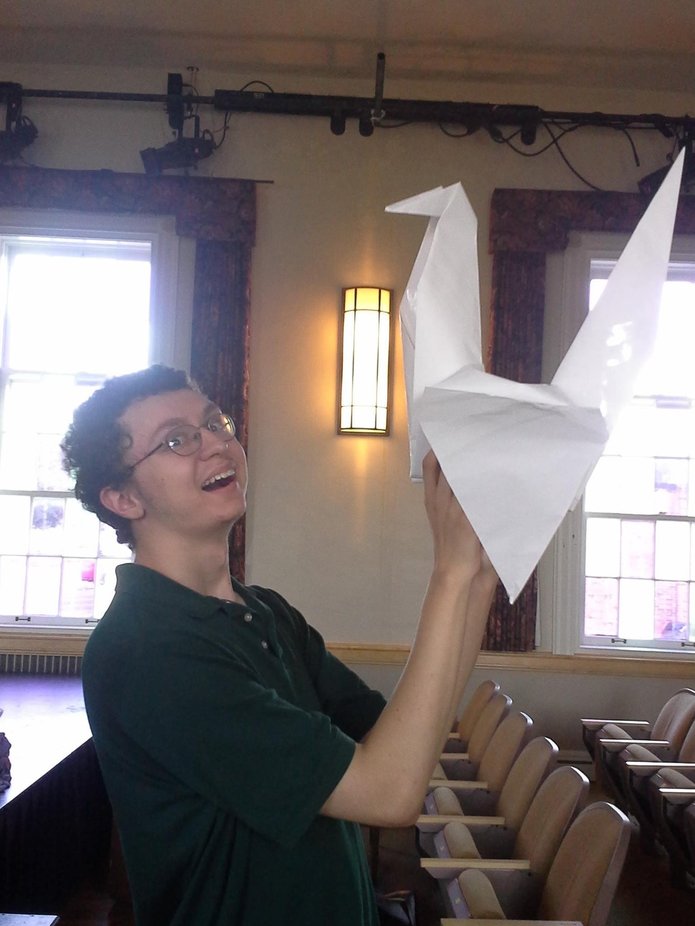 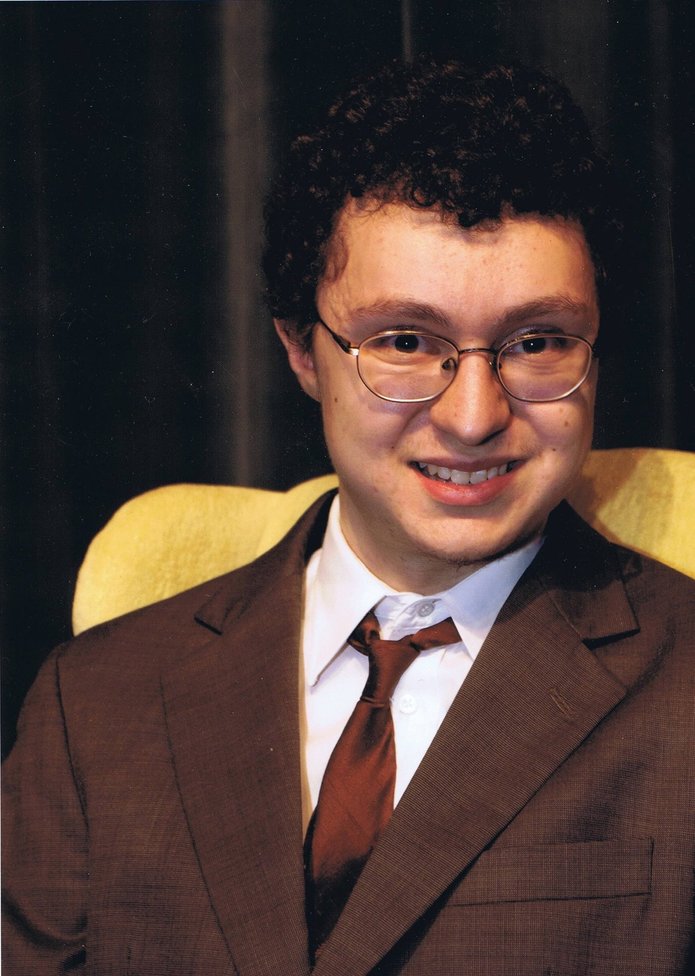 Since graduating from Lawrence, what have you been up to?

I’ve always been a pianist, and I attended Cleveland State to earn my bachelor’s degree in Music Composition. I was, for a while, interested in pursuing concert piano, but I realized what I really like doing is writing music.

I started scoring many of the movies made in Cleveland; short films and features. I didn’t know much about the film industry at all, but I watched as many movies as possible. I went all the way back to the silent film-era films and watched up through the mid-’70s. By watching what were literally thousands of movies, I started to fall in love with the art of filmmaking itself.

Now I’ve directed and written a couple of short films that were screened at the Cleveland International Festival. One was a silent film drama called “I Wish You Were Real,” and the other was a short horror comedy called “Murderer,” which is about a crazed man who wants to turn his house plant into a salad and the plant tries to fight back.

I recently relocated to Atlanta after accepting a new job opportunity with Thomas Global Media, where I’m writing music for podcasts and short films.

How did Lawrence prepare you for college?

Lawrence was the best thing that could have happened to me. The teachers didn’t feel like the kind of teachers I knew—they felt like friends. They felt like people I could trust.

Confidence was the main tool I came away with. I really struggled to be open, social, ask for help, and just talk to people in general. Everyone at Lawrence is so nurturing and helpful; it was exactly what I needed. The community helped me overcome this very easily.

And of course, educationally, getting to play for the musicals was some of the best piano teachings that I could’ve had. It’s one thing to know how to practice and take lessons, but it’s the performing and playing; that’s where you’re learning the most.

What is your favorite memory from Lawrence?

It’s definitely the musicals. It has to be. “How to Succeed in Business Without Really Trying”—that was the first musical I’ve ever played for and I remember discussing with Mr. Donnellan that I wanted to tackle the entire thing. He gave me that chance. It was quite a big endeavor, and I love that he allowed me to go for it because it was so wonderful. I loved all the musicals, but that was my all-time favorite because it was my first one.

How do you spend your free time?

I love nature and exploring different nature reserves, visiting the art museum, playing Magic: The Gathering (which is a very epic card game), and going to the movies. I’m actually in the process—hopefully by the end of the year—of finishing up an instrumental piano album. It’s all solo piano music. I already have half the pieces written; I just need to get them all done. My hope is to release them by the end of the year. It’s an album called “Fairport Harbor.”

How did you come up with the name Fairport Harbor?

It’s a small city just east of Cleveland, and it was always a nice place for me to unwind, almost like my happy place. There were times in college when I was trying to figure myself out. Do I like composing? Do I like concert piano? What do I want to do? When I found myself struggling, I’d head to Fairport Harbor. So these piano pieces are sort of a reflection of that time.

Nature, water, and visuals specifically are what inspire me—sometimes it’s what I hear too, but it’s always connected to something I saw; some kind of visual imagery. When I’m staring at the waters of Lake Erie, walking in nature, or driving through mountains, I find mass inspiration for my music—and my movies.

Where do you see yourself in five years?

My hope is that in five years I will be directing movies that I write, score, edit, and feature my friends in. I would love that! My goal is to try to get my work into some bigger festivals, like the Toronto International Film Festival or the Sundance Film Festival.

What advice would you give a new Lawrence student?

Participate in everything! One of the things that sets Lawrence apart from other schools is that you don’t have the stigma of ‘You shouldn’t do that, you won’t be good at it.’ If you want to sing, join the choir or be in the musical! Even if you’re unsure about whether you’ll like it—do it anyway. Looking back, I actually wish I had participated in even more extracurricular activities than I did. If you have even an inkling of interest in something, give it a try.

What do you wish people knew about Lawrence School?

Lawrence to me is the ideal school. It’s a place where teachers deeply care about their students, encourage them to participate in various activities, and help when they’re confused or need academic support. They’re not doing it because they have to, they’re doing it because they want to. This is what every school should be. Lawrence has always been a wonderful place and a beautiful community. It was a second home to me.

What advice do you have for students who learn differently?

Our community is full of people just like you—parents who hold unwavering belief in their child's bright future.

Orton-Gillingham. What is it?

Our commitment to multisensory learning is rooted in decades of research on how the dyslexic mind retains new information.

Give the LionShare Podcast a listen!

It might seem like magic, but it's just evidence-based instruction! Hear how our approach transforms our students' learning.

Spend your lunch hour with us.

Please join us for a virtual info session. Our admissions team will tell you more about our culture, as well as our proven methods.